Story time fans have a new option at Madison Children’s Museum. The museum has added Tales with Teresa to its calendar, featuring Goodwill of South Central Wisconsin (SCWI) client Teresa, who is supported in her work at a local preschool by a Goodwill SCWI job coach. 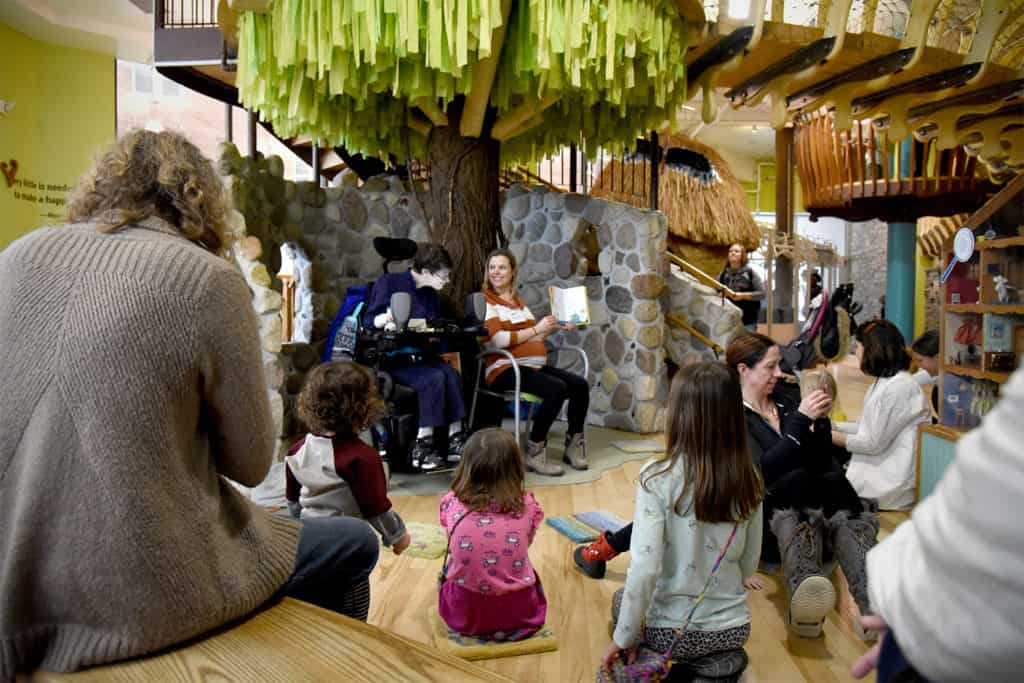 During her story time event, Teresa reads children’s books with the assistance of an electronic device. Teresa is non-verbal and uses the speech generating device to communicate. Prior to each session, Teresa programs the device, allowing it to read aloud the words she’s entered.

Teresa has been supported by Goodwill SCWI in her employment for almost 30 years, with 15 years at her current job.

Goodwill SCWI believes in the power of work to create greater independence for people with barriers to employment. Goodwill SCWI matches clients to local employers. Once hired, clients are accompanied by job coaches who assist with training and direction at no additional cost to the employer.

But Goodwill SCWI Employment Specialist Doug Rozak says being a fully-engaged member of the community goes beyond the workplace.

That premise means Goodwill SCWI also works with participants to develop other outlets for social interaction. Given the strong sense of volunteerism that exists in south central Wisconsin, the option for volunteering in the community is an important aspect of Goodwill SCWI’s support for its clients who choose to increase their level of activity.

“Teresa was already doing story time at her job with the preschool,” Rozak said. “She was interested in doing more, so we began working with our other partners to see what options might be available.” 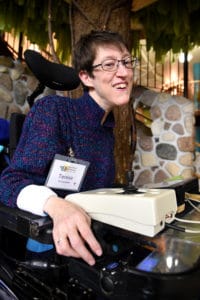 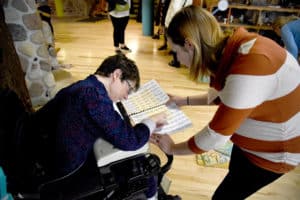 Children’s Museum Volunteer Coordinator Allie Dunham says the response from parents and children has been positive and enlightening.

“Seeing Teresa sharing her positivity and humor with families has been such a rewarding experience.  Kids have come up with incredibly thoughtful questions in response to her story time, and we hope that this gives parents the opportunity to teach their children about differences, and how disabilities don’t define our potential.” said Dunham.

Teresa’s favorite part about being at the museum? “Working with the children,” she says.

Goodwill SCWI is a local, nonprofit 501(c)(3) organization, with more than 300 employees in a 14-county region. The retail stores and donation centers are the economic engine that fund Goodwill SCWI’s mission services. Goodwill SCWI supports and trains people with barriers to employment, providing job coaches for more than 120 people in partnership with 100+ local employers.